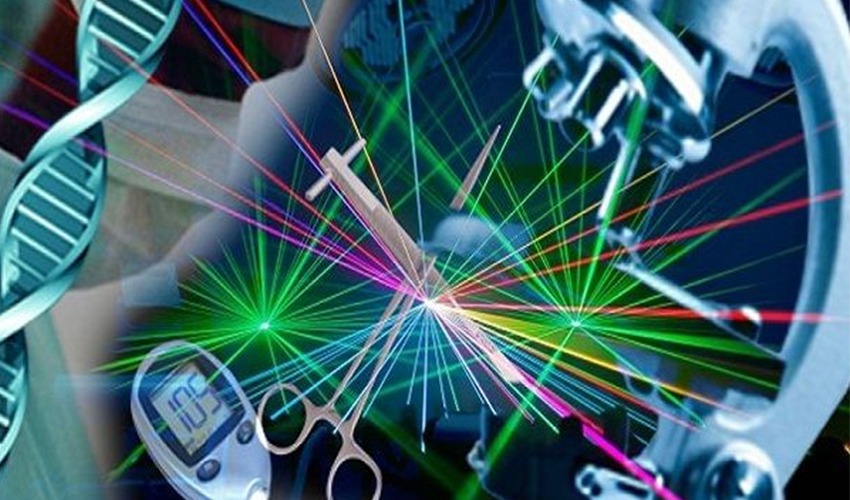 The uses of laser technology in the field of healthcare are manifold. In today’s world, advanced laser technology is the game changer and it helps in meeting current challenges in clinical diagnostics and therapy. With the help of new-age laser technology, a wide range of healthcare issues can be addressed and dealt with. This has helped in reducing adverse impacts and critical emergencies amongst the growing human population.

Though many of us might think that laser technology is relatively new, that is not true. It is important to note that the history of laser began in 1951 and its first medical application was reported by Goldman in 1962. Since its inception, laser technology has evolved at a rapid rate and is now used in multiple disciplines of medicine, diagnosis and treatment.

The uses and application of laser technology are multiple. They are used in dentistry, dermatology, cosmetic dermatology, angioplasty, cancer diagnosis and treatment, surgery, plastic surgery, medical imaging etc. Therefore, each unique ailment will require a certain type of laser. The spectrum of lasers used in the medical field is very vast. Thousands of kinds of lasers are known to mankind, but most of them are only used for treatment, diagnosis and specialized research.

The most essential and widely used lasers in medicine are:

Applications of laser technology in surgery

Laser therapy and application is being practised widely all around the world due to their minimal invasive effect. There are several types of lasers used in the operating rooms by surgeons. Lasers have replaced some conventional surgical instruments for better healing and results.

What is laser surgery?

The basic mechanism behind laser surgery is that it uses laser beam cutting power to obtain precise and bloodless cuts in tissues. It is also used to eliminate superficial lesions.

Many types of lasers emit different wavelengths of light; hence their ability to cut, clot or vaporize tissue is different. Therefore, lasers are also used to relieve bleeding and to obstruct the spread and entry of some diseases.

Sometimes, lasers are used to close the nerve endings to alleviate postoperative pain. It is also used to seal lymph vessels and to decrease the swelling and growth of tumour cells.

Most commonly, lasers are used to shrink or destroy tumours and colon polyps that have gastric or intestinal obstructions. Even though laser therapy and surgery are extraordinarily effective, it is not always used alone. In some diseases and treatment, it is accompanied by radiation and chemotherapies.

Laser applications in surgeries are multifarious. They are used in:

Raman Spectroscopy and its application in medicine

An optical technique that is based on inelastic scattering of light by vibrating molecules to provide chemical fingerprints of cells, tissues or bio-fluids is known as Raman Spectroscopy.

The key point reinforcing this field is that molecular changes in cells, tissues or bio-fluids, which are either the cause or the effect of diseases, can be detected and quantified by Raman spectroscopy. Therefore, it can be said that the Raman Spectrum depicts the molecular composition of the sample and provides calculable information regarding the chemical makeup of the same.

Social Media Should Be Used to Spread Awareness, Not as a Patient Acquisition Tool, Say Healthcare Experts
July 12, 2021

The Tech Innovations Transforming Healthcare
May 10, 2021